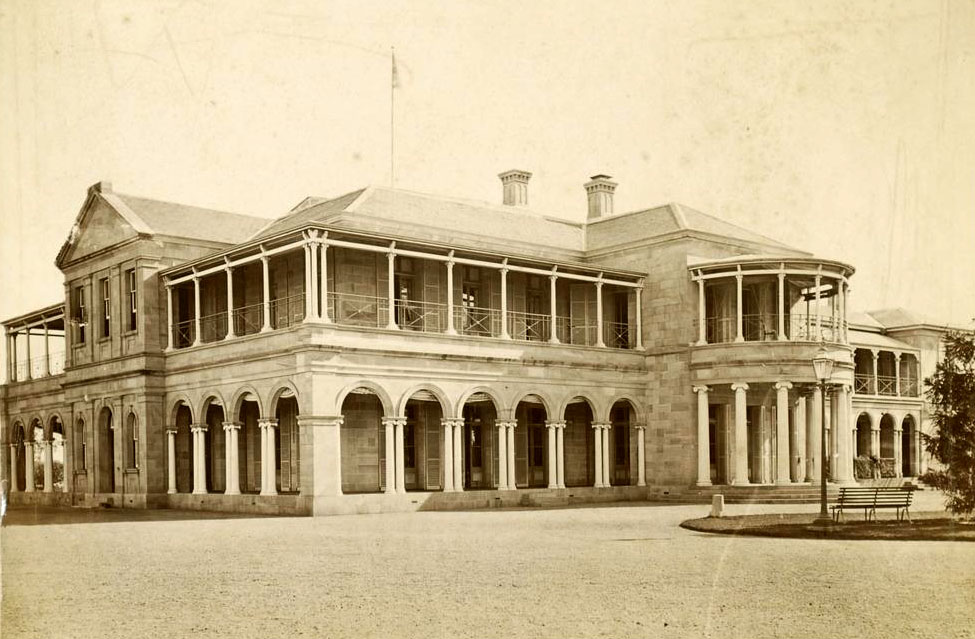 The world-famous Australian lamington is over a century old.

Despite some dubious claims from New Zealand, the lamington is as Australian as meat pies, kangaroos and Holden cars, ranking alongside the other true Australian icons of the pavlova, peach melba and Vegemite.

This Australian culinary icon, which consists of sponge cake dipped in chocolate and liberally sprinkled with fine desiccated coconut, was created through an accident at work by a maid-servant to Lord Lamington, the thoroughly-British eighth Governor of Queensland.

The maid-servant was working at Government House in Brisbane when she accidentally dropped the Governor's favourite sponge cake into some melted chocolate.

Lord Lamington was not a person of wasteful habits and suggested that it be dipped in coconut to cover the chocolate to avoid messy fingers.

Lord Lamington devoured this new taste sensation with great delight and the maid-servant's error was proclaimed a magnificent success by all! The Governor, however, is on the record as calling them "those bloody poofy woolly biscuits".

After leaving Queensland, he went on to become the Governor of Bombay in India for 4 years. He died at Lamington House, Lanarkshire, Scotland, in 1940.

Lord Lamington served Queensland for 5 years but despite all of his colonial, aristocratic pomp and ceremony, the only thing which Charles Wallace Alexander Napier COCHRANE-BAILLIE will ever be remembered for in Australia is the creation of the world-famous lamington.

This short film is actuality footage of Lord Lamington, Governor of Queensland, arriving by horse-drawn carriage to open Queensland Parliament on 18 May 1899. The carriage is escorted by members of Queensland’s Permanent Artillery on horseback. A guard of honour awaits, and then salutes, the governor’s arrival. After he exits, the carriage departs. Stazor Page generated at 03-Dec-2020 11:02:38 UTC
Powered by Umbraco Heartcore. Curious about how this site works? See the source code.